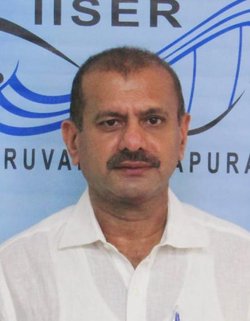 Col. Robinson George (Retd.) assumed charge as the Registrar of IISER TVM on May 07, 2021. Col. Robinson was commissioned to the Indian Army in 1985 and retired from service in April 2019, completing 34-years of selfless service to the Indian Army and the people of India. He represented the Indian army in the United Nations IRAQ-Kuwait Observation Mission (UNIKOM).